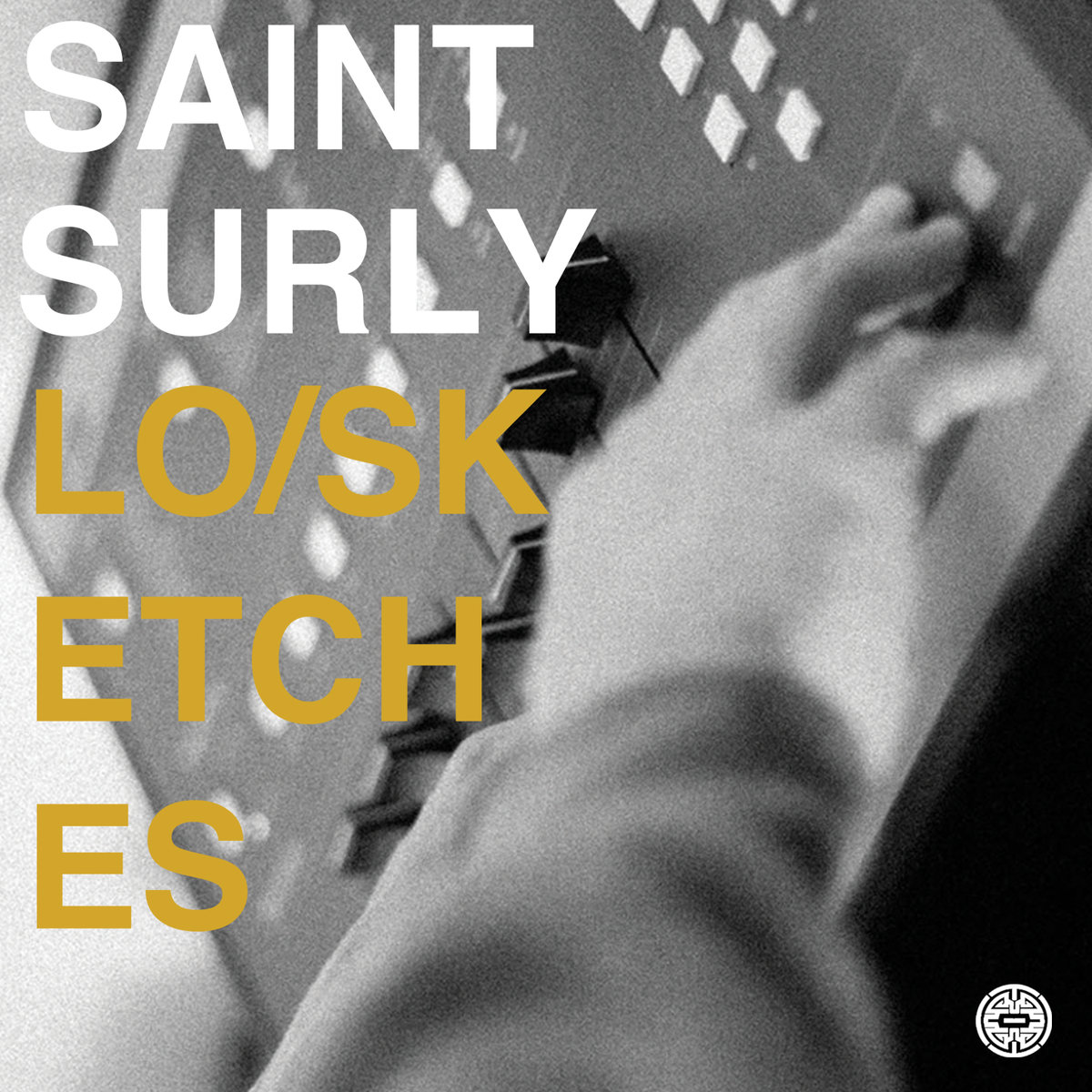 It’s been a few years since we’ve heard from Saint Surly, so long that some might have thought he was out of the game, then -out of nowhere- instead of the unexpected but predictable follow up to The Gleaner Part 1, up pops Lo/Sketches, something altogether better.

Saint Surly has always leaned heartily into instrumental hip hop, with a wild array of samples and eclectic beatscapes that often reminisce over the more obscure elements of the genre, though without languishing in the homage trap or rolling around in references like some kind of sample swine.

It’s a certain kind of restraint you don’t often see, but, for Lo/Sketches, it seems those reins haven’t exactly been loosened so much as changed out for a better bridle set. In some ways it can feel as overt as it does subtle, some of the sampling comes close to basically checking the chambers, and while it digs pretty hard on a few of these notable tropes it does so sparingly and with an organic grace that is immediate in a nostalgic way. While it can feel a little too conspicuously humble at times, that’s far preferable to any kind of overt gloating and actually leaves some room for interpretive enjoyment.

Most notable are the portions of full blown lyricism, a rarity for Surly that drags the hip hop out of the instrumental and throws it on stage. Tracks like Dusty, Onetime, and Guilty shine rather than glare, adding a robust new dimension that never felt missing until it appeared.

For something billed as sketches, or self-referentially as “a mix of hazy instrumentals and spot-welded rap acapellas [Sic],” the overall flow, track to track transitions, and general smoothness is really to be commended. There’s a seamless quality that’s lent in part by the obvious lo-fi intent and occasional scratch masking, but it comes out as curation, these are contiguous chapters bound together and not simply a box full of singles for sale. Lo/Sketches is a wonderful and welcome surprise that shows Saint Surly at his best.